The Programme Accès-recherche adopts a new name in honor of Dr. André Robidoux 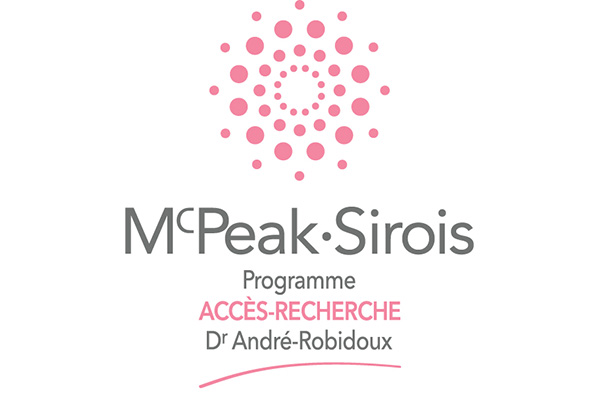 On July 18th, the Group’s annual meeting was held, which brought together several representatives of the Group’s member hospitals, including those sitting on its board of directors, scientific committee or participating in the coordination committee.

Dr. Robidoux has been an unwavering support in the creation and development of the Group. A caring man, endowed with a great humanity and respected by his patients and colleagues, Dr. Robidoux has marked the fight against breast cancer in Canada.

The Group is very proud to be able to pay tribute to him through this program which was particularly close to his heart. Thus, the name of Dr. Robidoux will remain attached to that of the McPeak-Sirois Group and to Research that cares.

Dr. Robidoux’s spouse, Dr. Rachel Marquis, accompanied by some of her relatives, was also presented with a plaque in recognition of her husband’s role as founding president of the Group’s scientific committee.